The Story of Intestacy 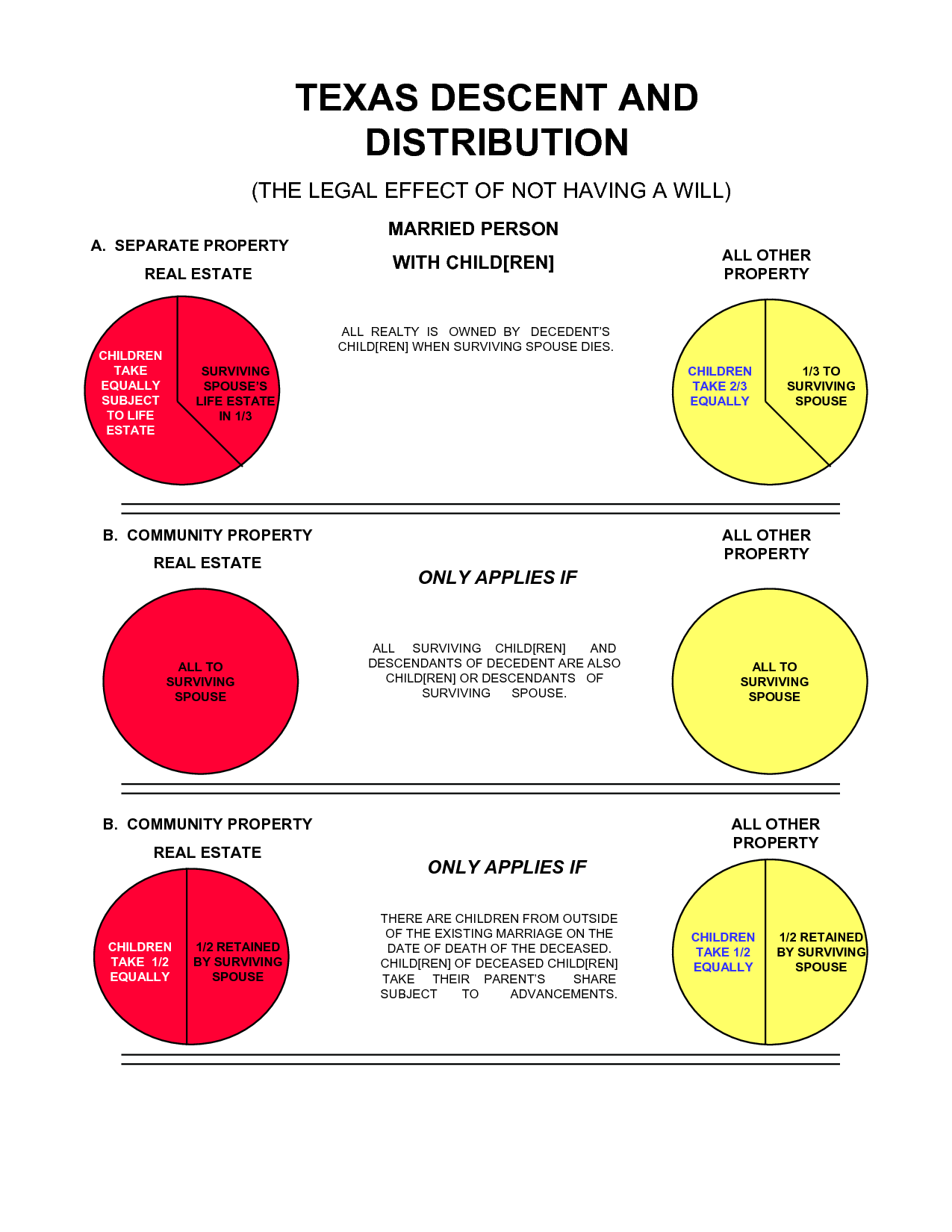 If a person dies without a valid will, he dies intestate. The distribution of his estate will be by state statute.

KINDRED, OR KIN means people who are related to one another by blood.

Being related by blood in this way is called CONSANGUINITY.

The other way of being related is by AFFINITY, which refers to persons related by marriage.  Such as in-laws and step relatives (stepchildren and stepparents).

General Rule: Those related to the decedent by affinity are NOT entitled to a portion of the decedent’s estate under the laws of intestacy.

Illegitimate Children or Nonmarital Children – this is a child born to parents who are not married to each other.

Here’s the general rule about children: Child has the right to inherit from and through the child’s mother.

In 1977, it was established that a nonmarital child has a constitutional right to inherit from father. (Trimble v. Gordon).

What about HALF BLOODs? These are children that have the same mother or the same father but not both parents.  The same rule applies to these children.

What about PRETERMITTED CHILDREN? These are children omitted in a will by a parent.

Let’s discuss this in a little more detail.  If a parent unintentionally does not mention a child or make a provision for a child in the will, and the child was either living at the date of the will’s execution or was born thereafter, a statute may provide that the child shall receive a share in the estate as though the parent testator had died intestate.

There are two exception(s):

1. It is apparent from the will that the child was intentionally omitted.

2. The parent has 1 or more children at the time the will was executed but left all or more of the estate to the other parent of the pretermitted child.

LINEAL – means a person who is related to the decedent either up or down the bloodline.

ASCENDANTS (ancestors) – those relative who go up the blood line.

These relatives will be designated with some form of the word parent:  parent, grandparent, and great-grandparent.

DESCENDANTS – the relatives who are down the bloodline from the decedent.

Both sets are examples of LINEAL CONSANGUINITY because they are related in a direct up and down line to each other.

COLLATERAL relative – a person who is kin to someone because he or she has a common ancestor with that person.  Who would you define as COLLATERAL?  This would be your siblings, your aunts, uncles, cousins, niece, and nephew.

Here’s the General Rule for Intestate Succession for Lineal Consanguinity.

1. The decedent’s property goes first to the surviving spouse, if there is one, and to the children.

2. Only the issue, or lineal descendants, closest to the decedent inherit.

3. The heirs must survive the decedent in order to take anything.

There are two Methods of Distribution.

PER CAPITA mean by head.  You count the heads, or the people at the top or head of each line of descent going away from the decedent.

PER STIRPES means (Sometimes called by REPRESENTATION), by the roots.  Each heir or group of heirs takes the share to which its deceased parent would have been entitled to have.

There is a method of determining which collaterals may inherit. There actually are two methods.

CIVIL LAW COMPUTATION – this method gives the decedent’s property to the heir who is related to the decedent in the lowest degree.   In order to determine the degree, you would count up from the decedent to the closest common ancestor, and then count down to the heir.

COMMON LAW METHOD – requires going to the nearest common ancestor and then beginning the count.  The heir with the highest, not the lowest count is the one who inherits.

What if there are no heirs?

When there are no other heirs, the State of Texas will step in and be your heir. The property would then ESCHEAT to the state. In most cases, the state will hold the property until a relative steps forward and claims it.   I would suggest you check www.claimittexas.org for any unclaimed property for you or any of your relatives.

Oops, you forgot something.

The words you entered did not match the given text. Please try again.