Coming to American: How Can I Live & Work in US?

Coming to America: How Can I Live and Work in US? 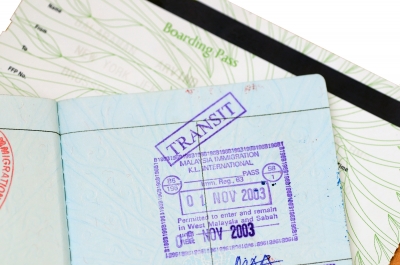 U.S. Immigrations provides several options for an individual and/or his or family to legally reside and work in the U.S.  Since there are so many possibilities, I am going to begin by summarizing the many options.  Once you see all of the possibilities, it can help you decide which option will work best for you.

You can become a permanent resident several different ways.

b)      Employment based green cards

Other family members, such as husbands and wives of permanent residents, children over the age of 21 of U.S. citizens and permanent residents, and brothers and sisters of U.S. citizens can also qualify for family sponsored green cards. But, these family members must wait for a green card to be available (there are long waiting lists), which can take anywhere from five to 15 years!

b)         Employment based green cards are another option as well. There are five types:

Processing times for employment based green card vary widely. An EB-1 or EB-5 application can be approved in less than 1 year. However, an EB-3 application could take more than 5 years.

c)         The green card lottery (diversity green card) is a government program designed to increase immigration from countries that do not produce a large number of immigrants to the U.S. There are a certain number of countries that are elible for the lottery. Thereby, only people born in those certain countries can qualify.  The program is designed to exclude any country that sends more than 50,000 immigrants to the US (for example, people born in Brazil, Canada, China (Mainland-Born), Colombia, Dominican Republic, Ecuador, El Salvador, Guatemala, Haiti, India, Jamaica, Mexico, Pakistan, Peru, Philippines, South Korea, United Kingdom (except Northern Ireland) and its dependent territories, and Vietnam cannot participate).

Each year the government selects 100,000 winners for 50,000-55,000 green cards. The green card lottery usually is between October and December.

d)         Yet, another possible way to qualify for a green card is to submit an application for political asylum or refugee status. To qualify, an applicant must prove he or she has been persecuted in the past or has a well founded fear of persecution in his or her home country based on race, religion, nationality, political opinion or membership in a particular social group. Asylum applicants may apply for asylum even if he or she entered the U.S. illegally or if he or she is in the U.S. on an expired visa/I-94. Generally, asylum applicants must apply for asylum within one year of their arrival in the U.S. but there are several exceptions which will allow the filing of an asylum application after one year.

If you only wish to stay in the temporarily, you have several options as well.  There are 20 plus different kinds of temporary visas. Here is a list of the some of the most common temporary visas:

As you can see, your options may be plentiful. Nevertheless, each category requires strategic planning, patience, and a solid understanding of the U.S. Immigration laws.

Oops, you forgot something.

The words you entered did not match the given text. Please try again.